Sleep, Recovery, and an NCAA Championship

“We can’t deny the correlation between the run we are on and the fact that WHOOP is on our side.” 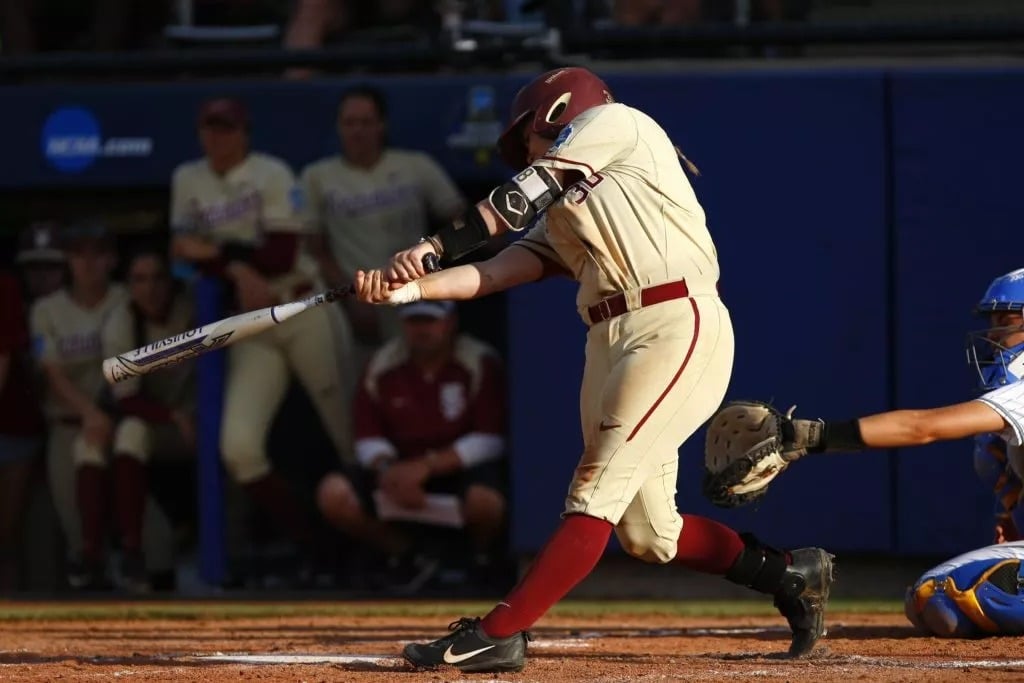 In Game 1 of the best-two-of-three championship round of the Women’s College World Series, the Florida State Seminoles were clinging to a 1-0 lead over the higher-seeded Washington Huskies in the seventh and final inning. The Huskies put the lead runner on base and were looking to rally.

“I was really nervous,” said Florida State third baseman Jessie Warren. “They had somebody on first with no outs and were gaining momentum. I knew they were going to bunt. In that situation, trying to advance the runner is what we’d do, especially with the top of the order and more power coming up to get that run in.”

What followed was one of the more spectacular plays you’ll ever see by an infielder at any level. Warren charged in to make an unbelievable diving catch on the bunt, then threw to first for a double play that effectively ended Washington’s hopes of tying the score. FSU won the game 1-0, then knocked off the Huskies again the next evening 8-3 to take home the national title.

“I saw the batter’s hands, read her hands really well, and just laid it all out for the team,” Warren told WHOOP. “If that ball drops, they have first and third and they’ve got all the momentum, it’s a completely different game and series. Off the bat I knew I had to lay out. I’ve never done that in my life before, honestly I was super surprised myself I made that play.”

If Warren doesn’t hang on to that ball, Washington may well have been crowned champions instead. What is it that gives an athlete that extra edge, that 1% difference in speed, agility, power, or in this case, reaction time needed to push the boundaries of performance when it matters most?

“These girls are so elite as it is, they’re playing at the highest level against top teams,” said Kelly Borges, the Seminoles’ strength and conditioning coach. “You think to yourself ‘we have the talent, we have the experience [FSU reached the World Series in 2014 and 2016 as well], am I doing everything possible to help us succeed?’ We added WHOOP this year and that really let the girls see another side of their performance, another side of who they are as individuals and how they handle things on a physiological level.”

“They know they need to hydrate, eat well and get to sleep,” Borges explained, “but they get busy in season and that becomes quite difficult. They’re on the road, or in the middle of midterms and they don’t know how to do it amongst all this other stuff. With WHOOP, they have the ability to physically see how their bodies respond to certain things, which is huge.”

On Thursday, May 31, the Seminoles dropped their first World Series game to UCLA, 7-4. Following a day off on Friday, FSU then reeled off six straight victories in a four-day span to capture the national championship. Warren, who batted .520 with 13 hits in seven games (tying a World Series record) and was named the tournament’s most outstanding player, woke up that Saturday morning with an 86% Recovery. She was also well rested, having slept a full eight hours prior to the first of FSU’s back-to-back doubleheaders Saturday and Sunday.

“Knowing how my body is recovering and what I can do to perform better has helped me so much,” Warren said. “Having the WHOOP app to tell me how much sleep I need made me want to go to bed earlier and get my sleep percentage as high as I could. Sometimes I’d wake up in the morning and have like a 75%, then the next day I’d want to get higher. It motivated me to try and be recovered better each day.”

Take a look at this week-long sample of Warren’s daily Recovery and Strain data as the Seminoles competed in the early rounds of the tournament–she managed to keep her Recoveries in the green the entire time:

“We’d tried some new recovery techniques for the first time during the World Series,” Borges added, “including cryo chambers and a float tank. Every athlete is different, and with WHOOP we were able to start figuring out what works for each individual player in terms of improving their performance and recovery. WHOOP also has experts on staff who I could hop on the phone with and say ‘Hey, Jessie’s numbers have been low for a week, is there something we can do?’ They’d give me some ideas, like pool recoveries, limiting activity, etc. Meditation in particular worked great for one athlete, we saw a significant difference in her baseline before and after. The players love it, they really saw the benefits and got on board, which was huge.”

In fact, Warren became so enamored with her physiological data that she tattooed a WHOOP heartbeat on her arm (image below):

“When the team went to the World Series in 2014 they all got an FSU spear tattoo, so we continued that tradition in 2016,” she told us. “Now, any time the team gets there we get tattoos. Above the spear are the years 2016 and 2018 for my two World Series. I also have my number and my heartbeat on my arm, my heartbeat from the WHOOP app. It all keeps in mind how much FSU and my scholarship has meant to me, without it I wouldn’t be here. It reminds me I’m part of something bigger than myself.”

That something bigger turned out to be an NCAA title, fueled by the extra 1% that put the Seminoles over the top.